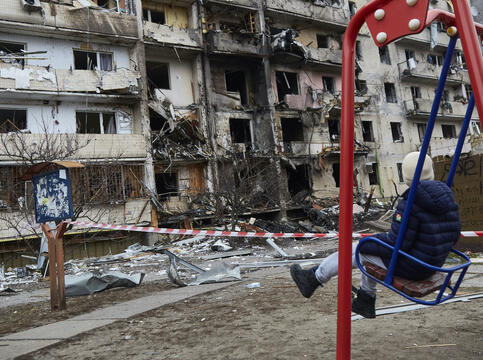 I am writing to call on you to respect international law, protect civilians, and stop Russian aggression in Ukraine.

Since the Russian invasion began on 24 February, Amnesty International has been documenting the escalation in violations of international humanitarian and human rights law, including the killing and injuring of civilians resulting from indiscriminate attacks on civilian areas and infrastructure.

Strikes on protected objects such as hospitals and schools, the use of explosive weapons with wide area effects, such as ballistic missiles and artillery in civilian areas, and the use of banned indiscriminate weapons such as cluster bombs, may constitute war crimes. All perpetrators must be held to account.

The Russian Federation is acting in clear breach of its obligations under international law. Its actions are blatantly against the rules and principles on which the UN was founded. And it is abusing its position as a permanent member of the UN Security Council to shield itself from accountability.

Once again, I call on you to respect international law, protect civilians and stop the aggression against Ukraine.