Her er aktivister og frivillige i øst som deltar i solidaritetsaksjonen for Tohti. 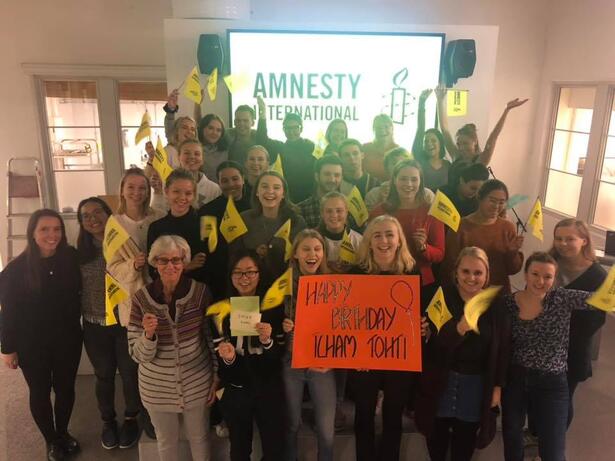 I am writing to express my deep concern regarding the imprisonment of professor Ilham Tohti. Tohti has been sentenced to life imprisonment accused of “separatism” although he in reality only has spoken out against human rights violations against ethnic and religious minorities.

Ilham Tohti has commented on the situation of Uighurs in China for many years. His “Uighur Online” website reported human rights violations suffered not only by Uighurs but also by ethnic Han Chinese. The website has been shut down by the authorities several times.
Ilham Tohti was openly critical of government policies in the XUAR, where Uighurs face widespread discrimination in employment, education, housing, and curtailed religious freedom as well as political marginalization. He has consistently opposed violence and has worked peacefully to build bridges between ethnic communities in accordance with Chinese laws.

Tothi is a human rights defender and a prisoner of conscience. I therefore urge you to release him immediately and unconditionally.

I further call on you to ensure that local prison authorities guarantee that Ilham Tohti is not tortured or ill-treated in detention and that he has regular access to family and lawyers, that he receives an independent medical examination and any medical treatment he needs.

Finally, I request that you allow Ilham Tohti to move to a prison closer to his family, so that it is easier for them to visit him.